Looking to watch Coneheads tonight from the UK?

It's currently available on Netflix UK and Ireland

Don't live in one of those countries? No problem. You can use ExpressVPN to change your Netflix country in the UK and watch it tonight! 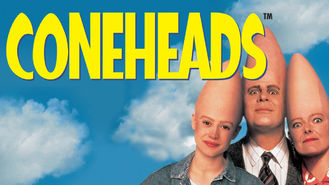 With enormous cone-shaped heads, robotlike walks and an appetite for toilet paper, aliens Beldar and Prymatt don't exactly blend in with the population of Paramus, N.J. But for some reason, everyone believes them when they say they're from France.